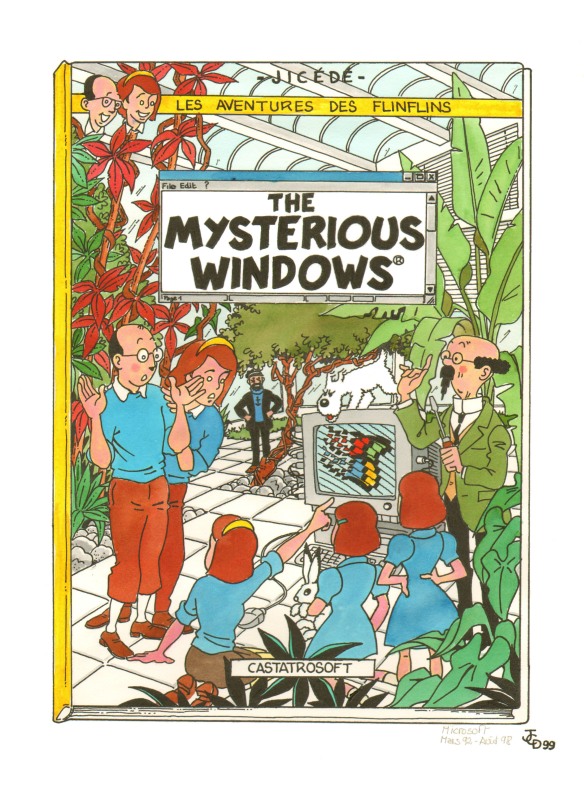 Flinflin worked for many years in one of those US companies who pioneered the PC industry. The saga of Flinflins therefore had to have at least one chapter devoted to this amazing period.

For those who don’t know the story, Apple and Microsoft have fighting in court to determine which one could legitimately claim authorship of the graphical interface of the personal computer.
The truth is that none of them really created it … No more than the Xerox Parc, by the way!

The only one who can truly be credited with this invention is Professor Calculus. Tintin fans all know – since the publication of “The Castafiore Emerald”- that Professor Calculus has long worked on a prototype of a revolutionary color TV set.
Shortly afterwards, he added a few silicon chips to it and created the very first model of the personal computer. And, believe it or not, the Flinflins tribe personally attended one of his earliest demos. Of course there were some glitches that sometimes interfered with readability, but the invention is undeniable.
So, this cover was designed in order to restore the truth of facts!